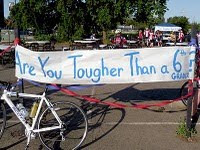 Well, that’s a tough question to answer when the 6th grader you’re up against is Connor Ellison. On May 8th a small but merry band of Cycle Folsom contingents joined other area cyclists in a fundraiser for a local young man with a passion for bicycles. I hate to say it but being chased by a 12-year old over the likes of Beatty Hill and Cothrin Ranch Road is a humbling experience.

What is impressive about Connor is that he has a congenital liver disease severe enough to warrant an eventual transplant, but it doesn’t stop him from setting (huge) goals. Although he faces very real odds of life-threatening illness, even at this young age he has realized he can do something to fight back. He joined Team Donate Life and aspires to complete the Ride Across America in June. Read all about his campaign here: https://www.teamdonatelife.com/6thgrader/6th_grader.asp

Although we all ride these country backroads on a regular basis for free, it was heartwarming to witness the cycling community come together in support of this young lad. Several Cycle Folsom regulars turned out for the event and helped to sponsor Connor’s epic adventure. All in all there were nearly 200 riders and it was estimated he’s raised over $6000 so far. I’ve been mighty unmotivated to saddle up at times, but when the likes of Connor, his cause, and his determination cross my path, it’s time to rethink how lucky I am to even have a bike or the health to move it forward. Thank you Connor for your inspiration. All of us from Cycle Folsom will be with you in spirit next month! 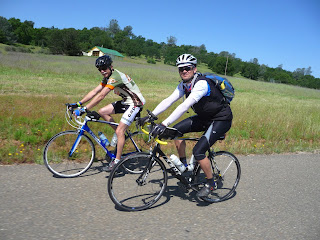